Are You New Here? Tracing the Origin of Viruses 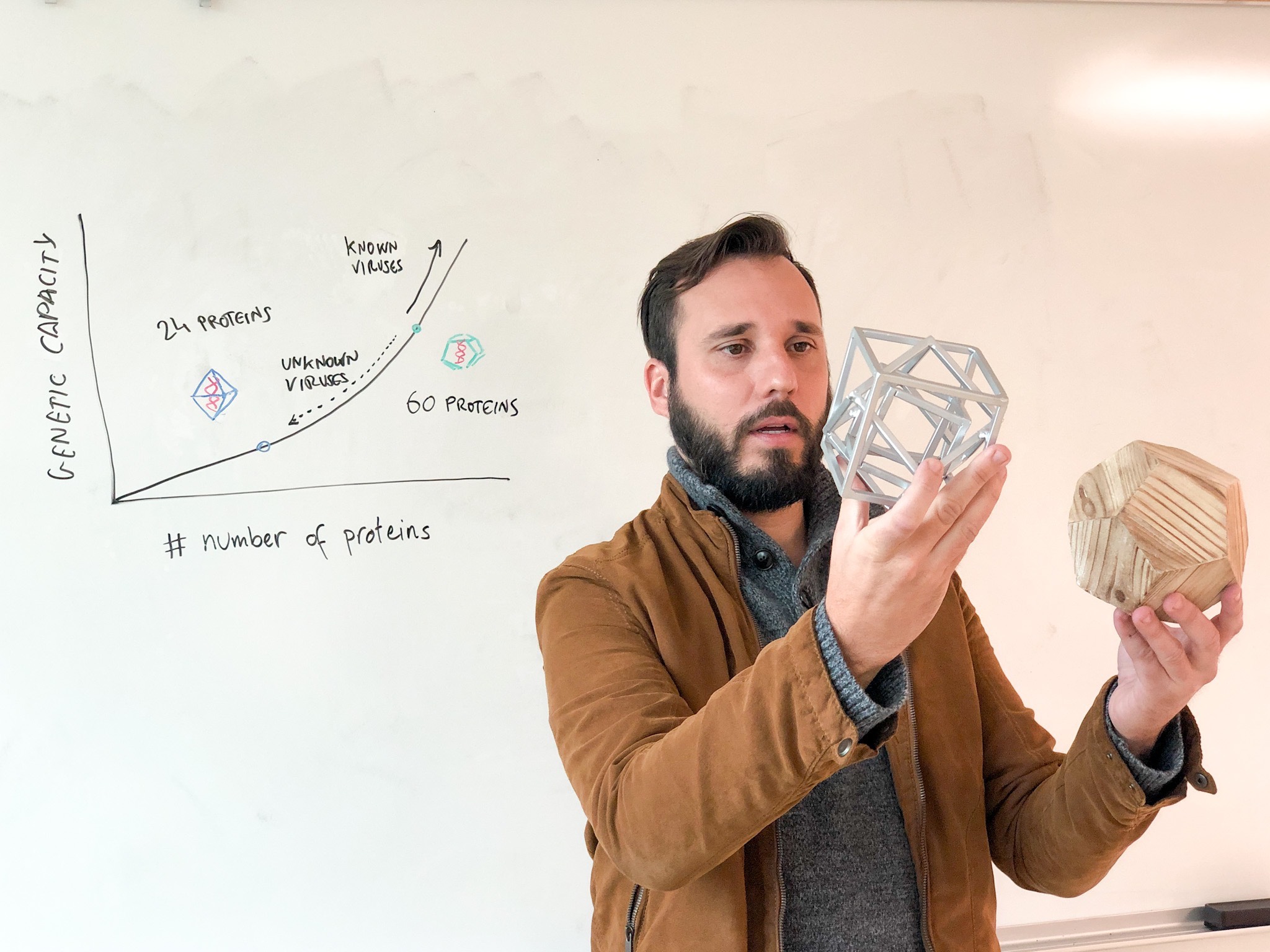 Nearly two years into a global pandemic, it is apparent that viruses like COVID-19 mutate and evolve into new variants quickly. But what conditions allow for new viruses to emerge in the first place?

Take what we know about the evolution of living things like Darwin’s Galapagos finches (which are really tanagers): if an organism has an adaptation that is advantageous for survival after a change in its environment, it is more likely to pass on its genetic information.

Scientists who study viruses are still trying to determine whether new viruses are always adapting from already existing viruses or if they arise spontaneously.

“It could be both or it could be a continuum,” said Segall, founder of the Viral Information Institute, and one of the project leaders. “People have not looked deeply enough or perhaps not in the right places.”

The point of this new project, Segall said, is to find out whether there is a mechanism of generating a new virus that scientists don’t already know about.

“Maybe some basic elements of viruses could come together in recurring ways to generate new viruses,” said Luque, a professor of mathematics and statistics and the project modeling leader. “This would be a complementary theory that’s never been explored before.”

Luque is using his expertise in the physics of viruses to determine the size of the smallest viral particle that could possibly exist. It has to be large enough to contain the virus’s genetic information yet small enough to enter bacterial cells to be replicated. If it is too small, the outer shell of a virus particle, called a capsid, risks disintegrating.

Using computational models, Luque and his colleagues in the Viral Information Institute can manipulate various parameters to determine which environmental conditions might be just right for the building blocks of this smallest possible virus to come together spontaneously.

Rohwer, Segall, and Edwards will use classic techniques from genetics and bioinformatics to better understand the real niches around the world that are most likely to lead to new viruses. Edwards, formerly at SDSU, is now at Flinders University in Adelaide, Australia. Undergraduate, graduate and postdoctoral students also are assisting in the work.

“The experiments themselves are relatively simple; it is the idea that is novel and the techniques we’re putting together, looking for novel structures and looking for novel genomes that allow survival of a cell in unusual, stressful conditions,” explained Segall.

The team wants to study the instances where they would be able to see viruses changing, such as when the SARS-CoV-2 virus switched to a new environmental niche, likely by jumping from an animal host to humans. This might involve combining bacteria from coral reefs with viral communities that thrive in the arctic.

But they will do this in safe, observable ways using DNA-based viruses that infect non-pathogenic bacteria in laboratories. They will manipulate these DNA sequences to have unusual structures to see whether bacterial cells will still incorporate them into their genomes.

Such experiments will help scientists better understand the functions of viral genes. There are one million viruses in a single drop of seawater and 10 billion virus particles in a gram of stool. Yet, scientists have only characterized the structure and genome of about 100 to 200 viruses in high experimental detail.

SDSU’s rich community of bioinformatics and computational experts and their collaborators will help sequence genes of interest to identify what the necessary components of the shortest functional viral genome might be.

“If there is a risk of mixing viruses, we should be worried that it’s already happening,” said Luque. “We’re not playing Frankenstein.”

“When rain evaporates, viruses get deployed miles away every day,” he added. “While we’re having an IPA after work, plant viruses are going into our body from our last salad.”

In addition to answering fundamental questions about virus origins, an enhanced understanding could lead to more proactive approaches to designing viral particles with desirable properties to deliver drugs or build nanoreactors and batteries.